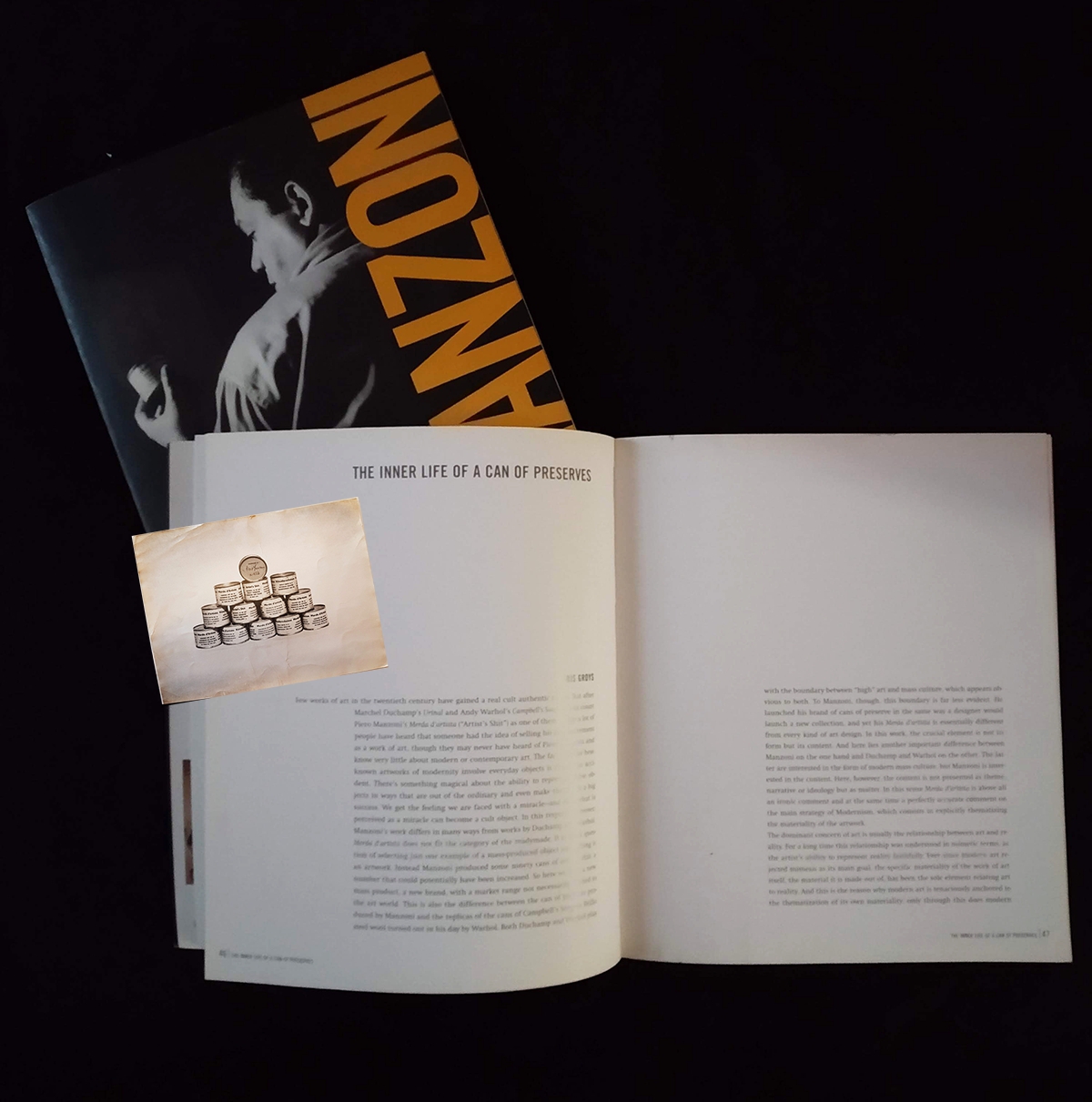 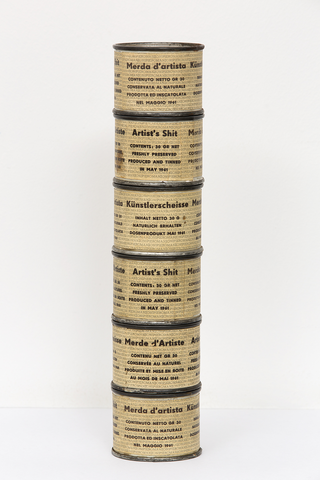 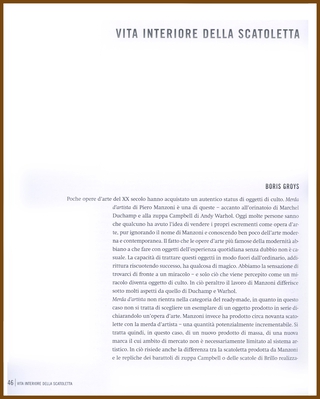 “Few works of art of the twentieth century have gained a real cult authentic status. (...) we can count Piero Manzoni’s Merda d’artista (Artist’s Shit) as one of them (...)”. Thus opens the essay “The inner life of a can of preserves” by Boris Groys published in the catalog of the solo exhibition curated by Germano Celant at the MADRE Museum Donnaregina Contemporary Art Museum in Naples in 2007.

The author briefly traces the differences with other famous cult-artworks and then introduces a reflection on the relationship between work and reality and therefore container-content, both fundamental issues addressed throughout the history of art. In Groys’ idea, the Artist’s Shit radicalizes these issues because it is not known and it is not important to know what the content actually is, even if it is formally announced by the artist. This is how he makes Manzoni’s work of art sacred and inviolable, equated with the human body for the same characteristics. Manzoni manages to preserve the body for everlasting memory through the preservation of a part of it, that is in a museum rather than in a cemetery, it does not matter.

The author’s philosophical reflection concludes by underlining the profoundly melancholy meaning of the Artist’s Shit ... after all, there remains the perception that that “thing” will never be what it was before and testifies to the universal destiny of organic matter: finally something of man remains, “(...) not much, but more than nothing”. 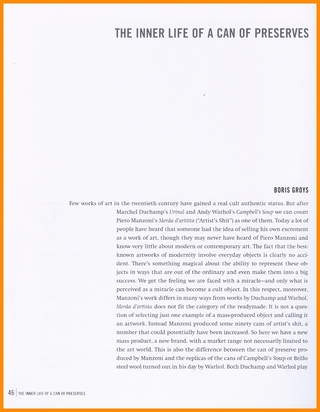 The inner life of a can of preserves
Next